After leaving Yogyakarta, it's common for tourists to see the Bromo volcano. Nearby it, stands the Ijen crater which is famous for his acidic lake and the blue fires that emerge from the rock cracks (due to sulphuric gas). Because of the proximity, most people visit Bromo and Ijen in a row.

To reach the volcanoes, I went by train to Probolinggo, a small town in the east of Java. From the train station, I went to the bus terminal for Bromo. When I arrived, I met two travellers who were waiting for more person to fill the bus that was going to the volcano. After one hour, more backpackers came and we were able to leave. Once arrived, we had a good dinner and slept in a homestay close to the point of view.

We woke up at 4 and walked to the main point of view to observe Bromo. The sunrise was not great but the sightseeing was wonderful. The feeling of big open space and the view over the volcanoes was great (Bromo is surrounded by two other volcanoes). Unfortunately, because Bromo was too active, we were not allowed to do the second step of the trek (which consisted in reaching the crater). So, we came back to our home stay and we headed to the Ijen lake right after.

This time we had to wake up very early. At midnight we took a car to go at the bottom of the crater, then we started hiking. When we reached the crater, we had to go down to see the blue fire nearby the lake.
Ijen is a sulphur mine too. Workers concentrate sulphur smoke in pipes which leads to a condensed material. The miners extract the solid sulphur from the condensed residuals. The working conditions look pretty poor. It seems they have a good salary compared to region standards, but the damages on their life expectancy are high.

Then we came back to the starting point, we had a lot of pleasure doing it. The sightseeing on the return was stunning. Finally, we arrived and reached the end of the trek. We were very exhausted but, overall, we were satisfied with our experience.

Now stop chatting, it's time for a photo session! 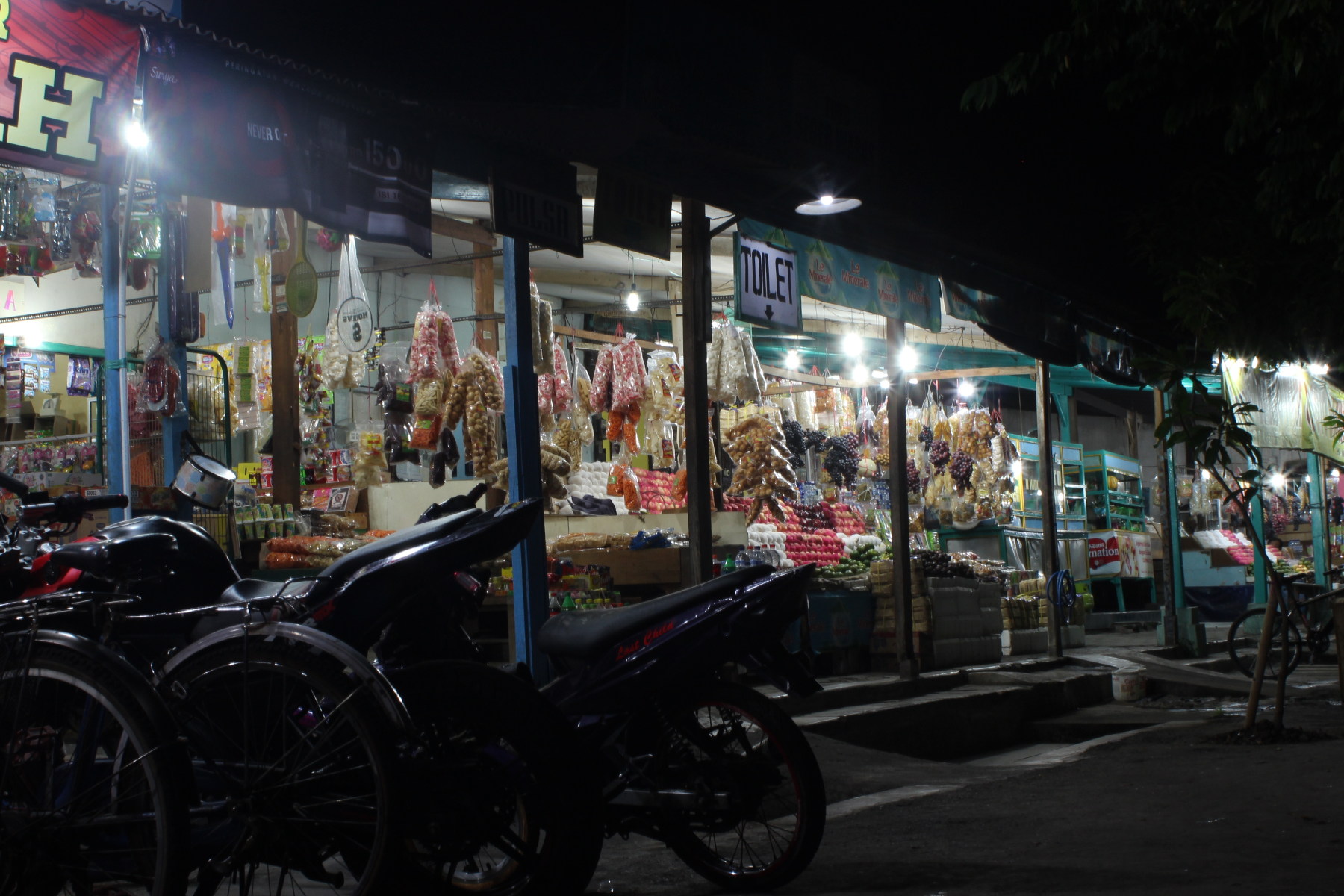 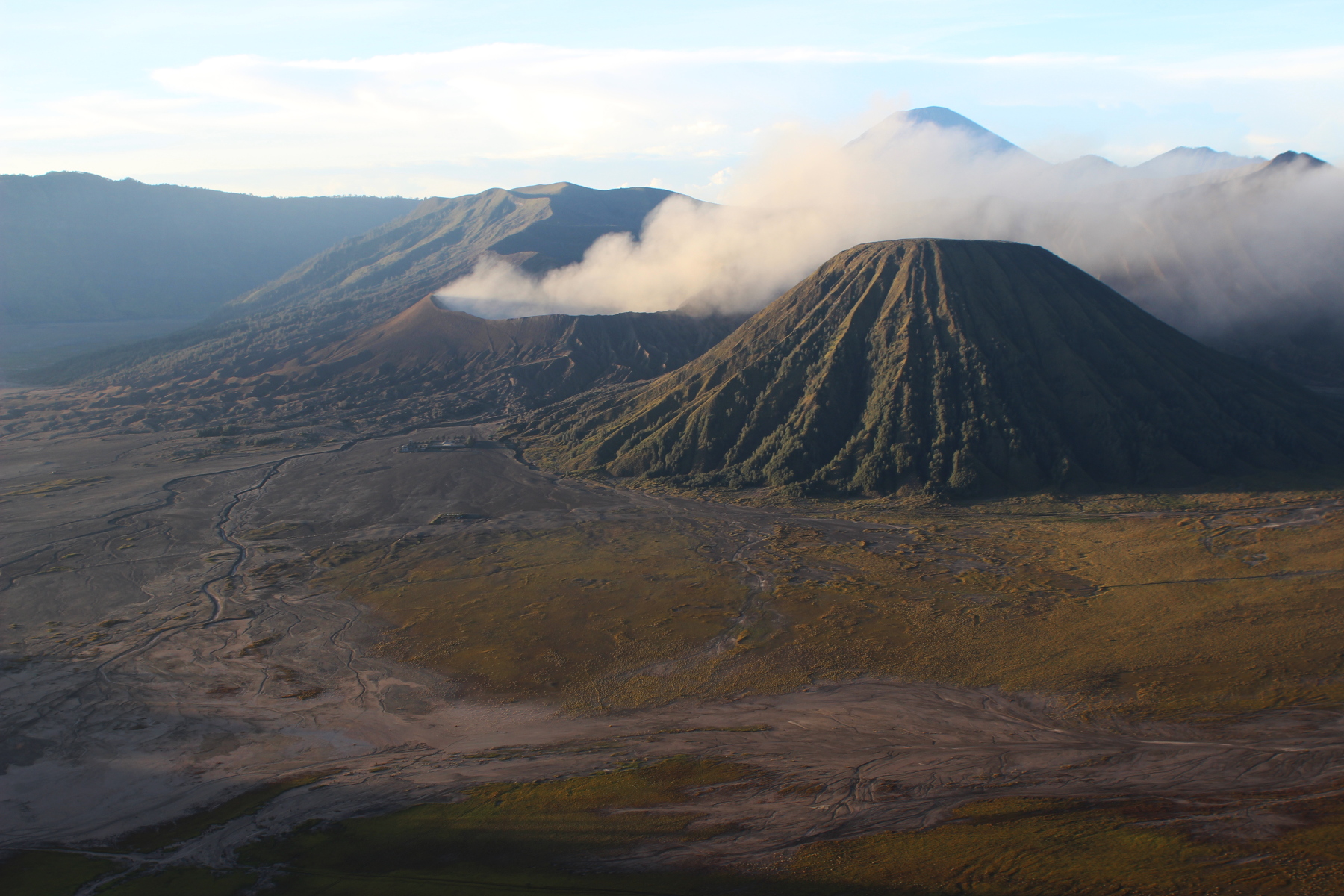 This is the Bromo volcano. If you want to reach it, it requires to go across an ash desert. 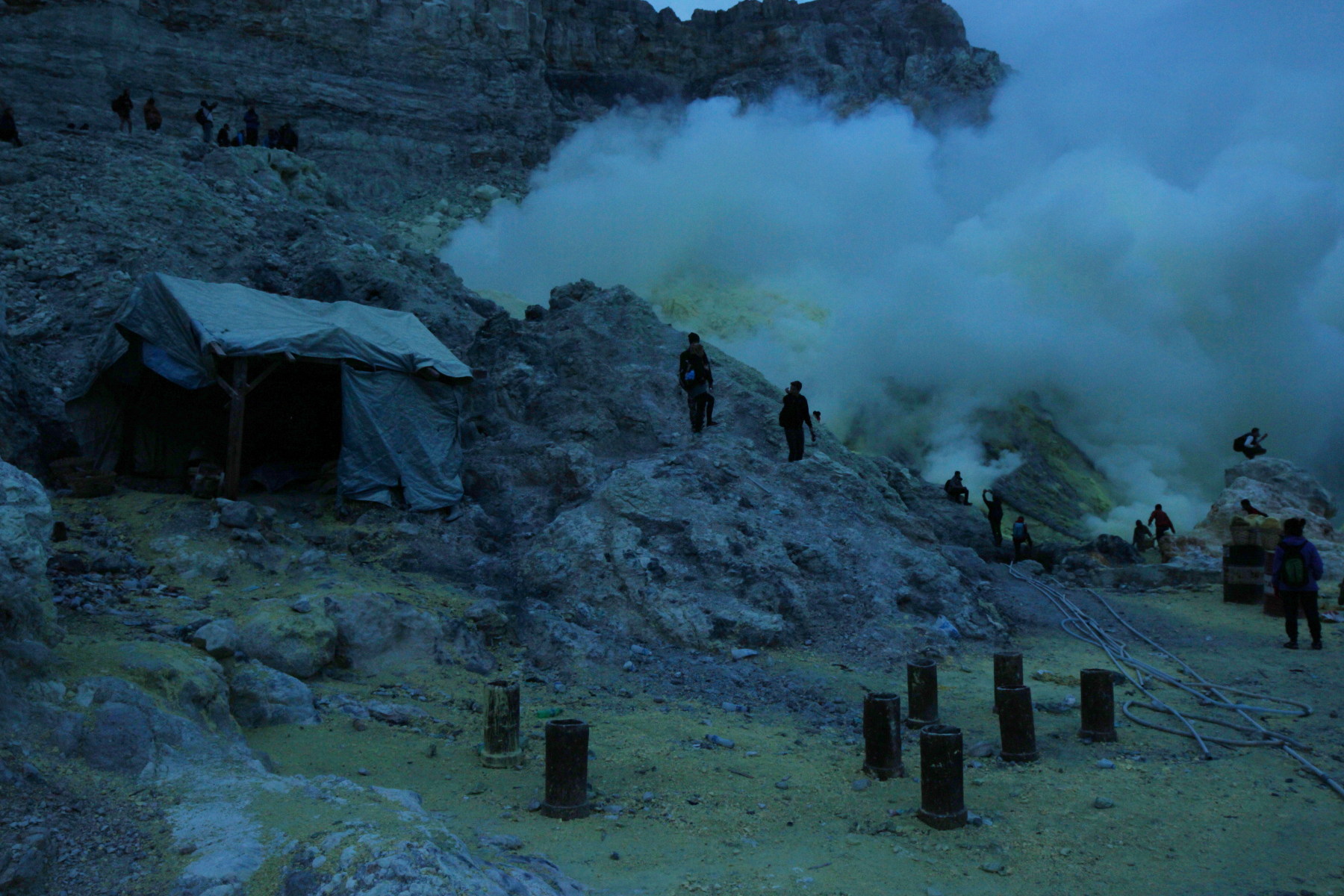 This is where Ijen workers extract sulfur. 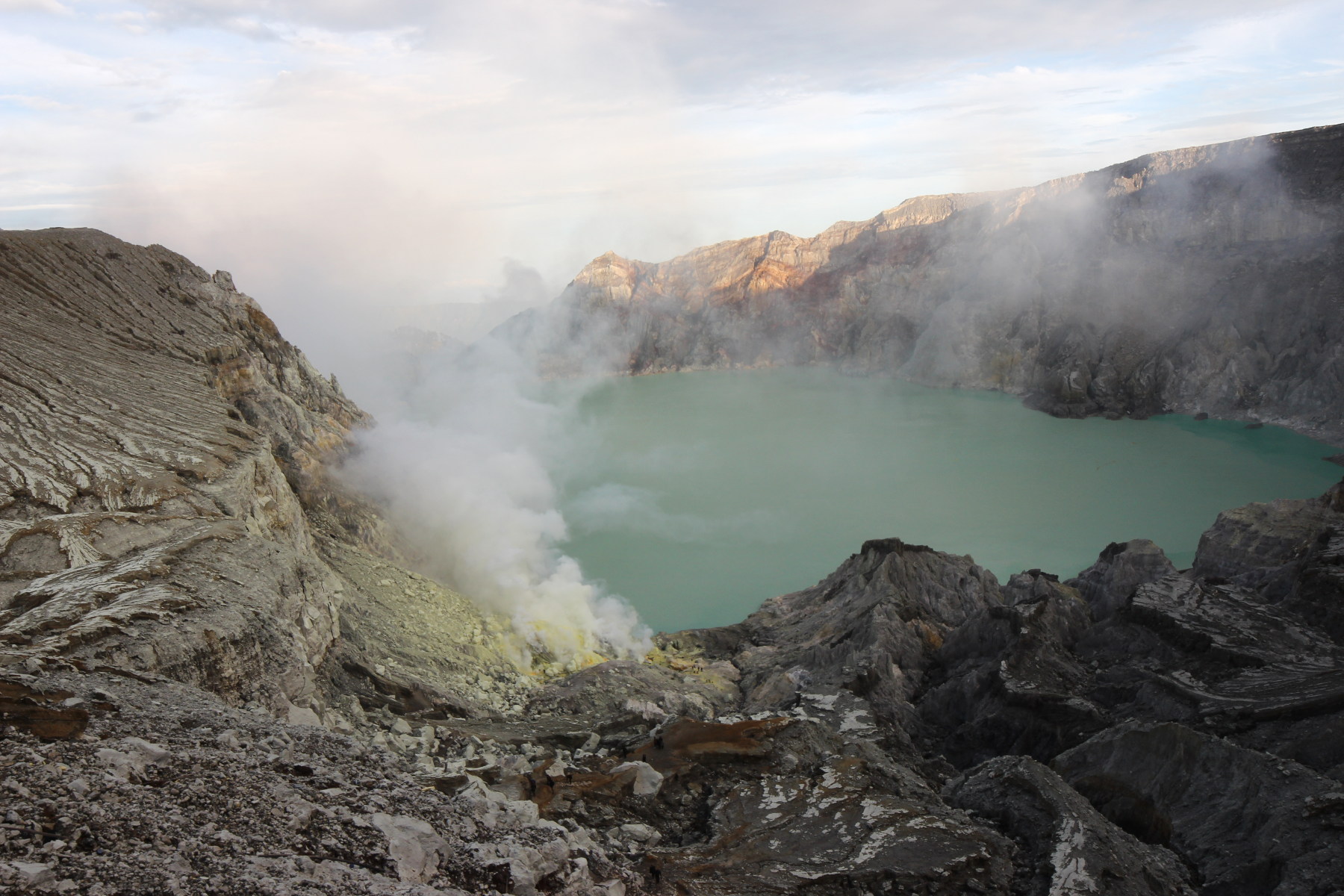 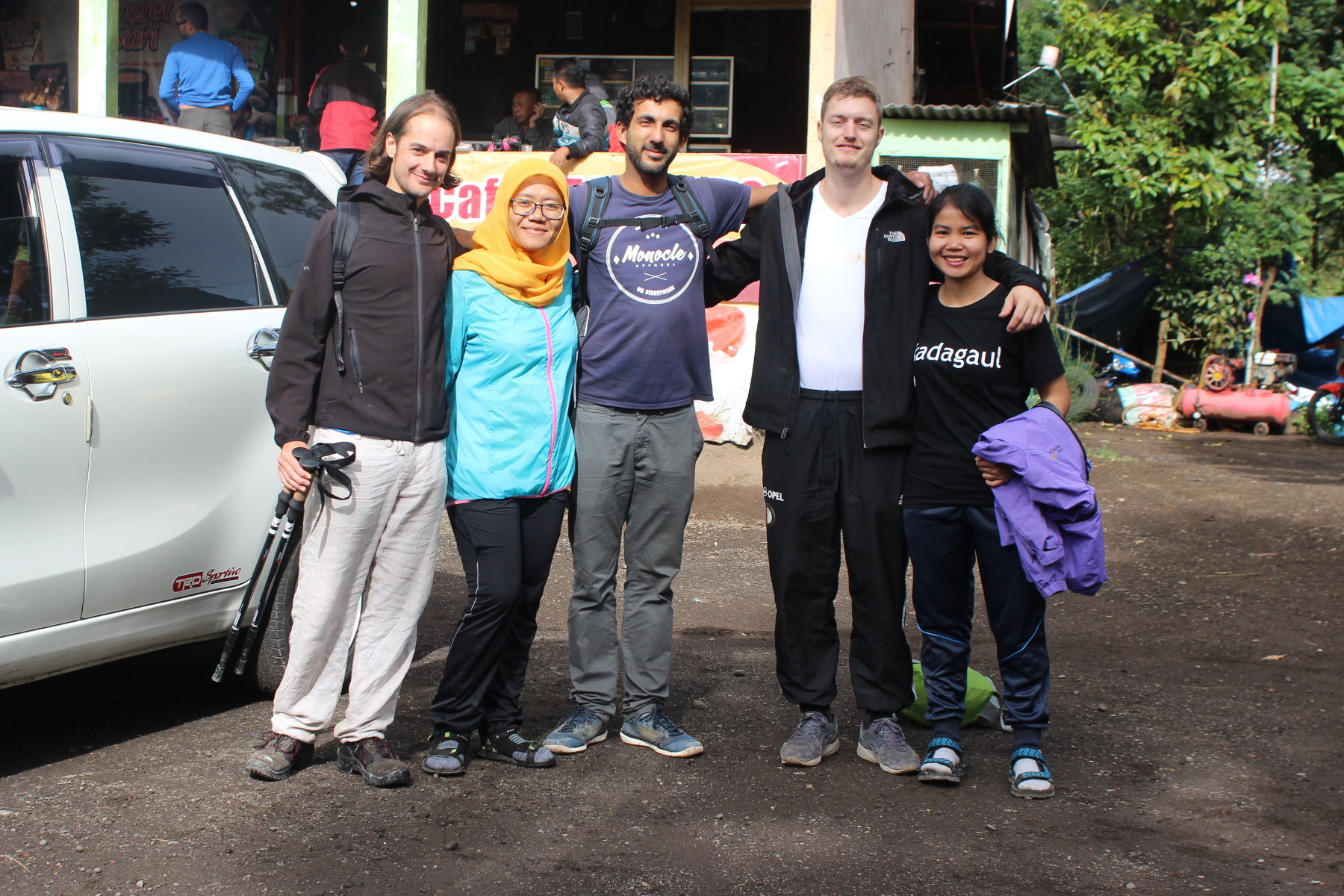 Say hello to Laurens, Putri, Fayaz, Mark and Herma! They were my travelmates during these two days. I enjoyed a lot staying with them. They were super nice and being with a group with Indonesians made the trip organisation easier. Thank you guys for all the fun we had! 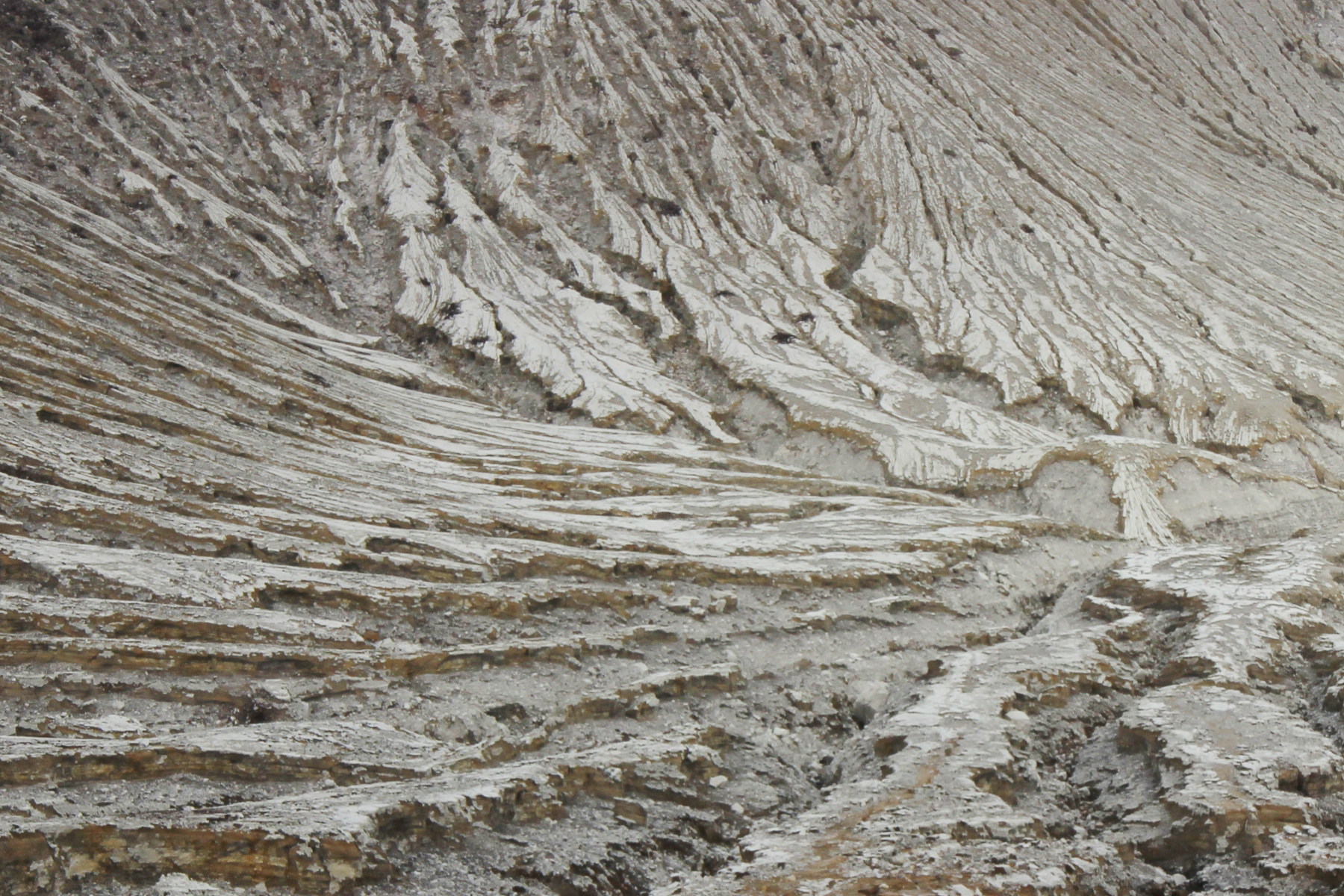 When we arrived, it was time for our group to split. Our driver let us in different locations. I stayed with Mark and Fayaz who were going to the port. Herma went back to Bandung where she works while Putri and Laurens stayed nearby before looking for their next destination.

After these two exhausting days and the head full of beautiful sightseeing, I decided to rest. So, I went to Pemuteran, a fisherman village on the coast of the north west of Bali. 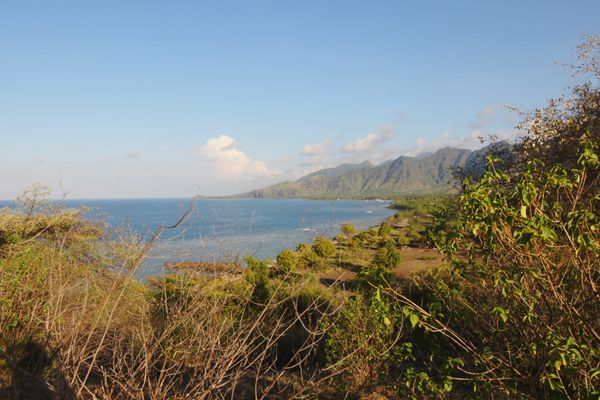 Pemuteran is known for its proximity with the Menjangan island, which is located in a national park in the northwest of Bali. The diving spots around the island attracts a lot of divers. 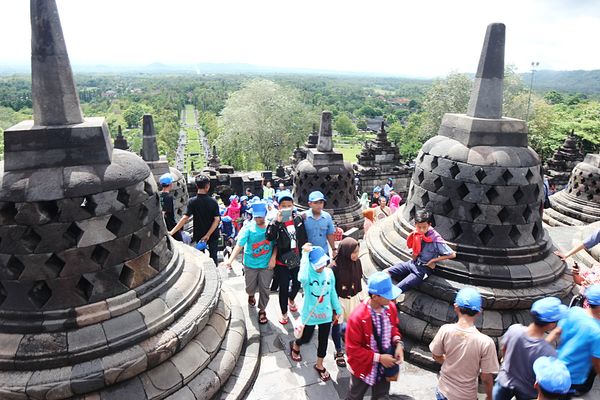 Borobudur is probably the most popular tourist place in Java. It attracts many people because it's the oldest Buddhist temple in the world. In 1991, the UNESCO listed it as part of the

Addicted to Internet
—
Bromo and Ijen, The Classic Treks
Share this