Rinjani is the biggest volcano in Lombok island. Its summit reaches 3726 meters and dominates the crater Segara Anak. It requires two days of walk to make the round-trip from the closest village to the top of the mountain. Every day, treks are organised. Matthieu from the Piwik project recommended it to me. He convinced me to join one of them.

My group was composed of four girls from Quebec area. It was very fun to speak French with people from Canada in Indonesia. But quickly we had to stop chatting to keep a regular breath. The first day of hiking was a little bit harsh but nice. There was vegetation all along the way and the difficulty was gradually increasing. Once arrived to the first stop, we met other groups. Our guides mounted the tents and cooked us food. Many monkeys were there, so we didn't feel alone at all.

After a short night (we woke up at 3), we headed to the summit. The ground was mostly made sand, so every step required effort. It was much harder than the day before.

I wanted to catch the sunrise from the summit. So, I walked fast but I couldn't get it and burn most of my energy... Whatever, the arrival on the summit was still wonderful. The sightseeing on islands, the crater and plains was stunning. There was a great atmosfear among trekkers. Every one was congratulating each other for having reached the summit!

Then we had to go down, My extra effort during the climbing made the descent painful. I had to walk for several hours. But finally, I arrived to the departure village... Rinjani Trek done!

The first day there were not too many rocks.

Cool place on the way to the first stop.

Sumbawa Island from the summit.

Crater from the summit. 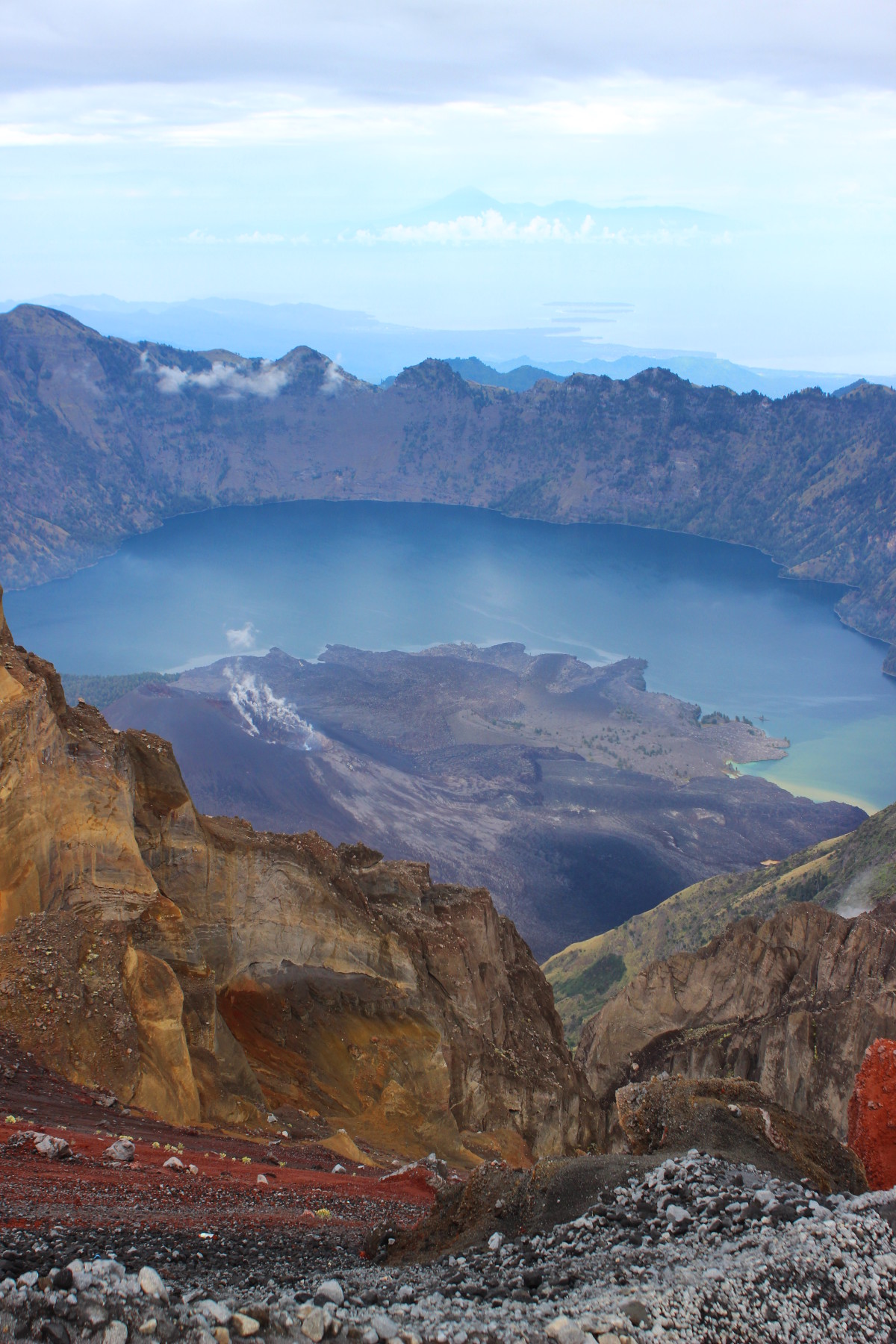 Crater while going down.

The return by day is wonderful.

After this exhausting trek, I said goodbye to my mate and headed to Kuta Lombok, the main surfer spot of the island. It required several hours in a car before being able to rest.

If you are in a good shape and visiting Indonesia, I recommend you this trek. It's hard but accessible without specific training. Many people do it every day, you will have a lot of fun with them and you will be proud of your accomplishment! 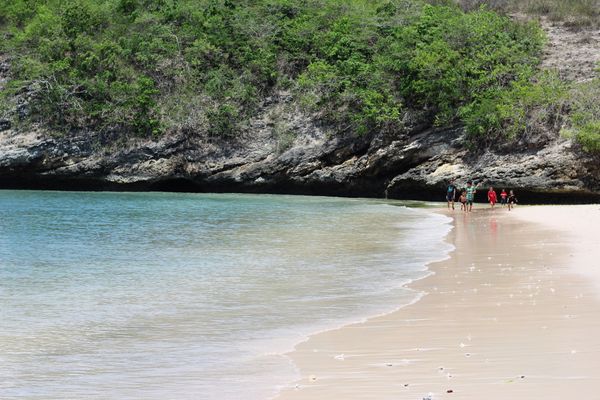 Kuta is a small town in the south of Lombok. It's a popular place among surfers. Indonesian enjoy doing surfing too. Some locals practice this discipline every day since they are children. It's

Gili in Sasak (Lombok dialect) means a small island. Nevertheless, when people mention Gili islands they refer to three islands in the northwest of Lombok, a big island sitting at the east of

Addicted to Internet
—
Rinjani, The Volcano Summit
Share this